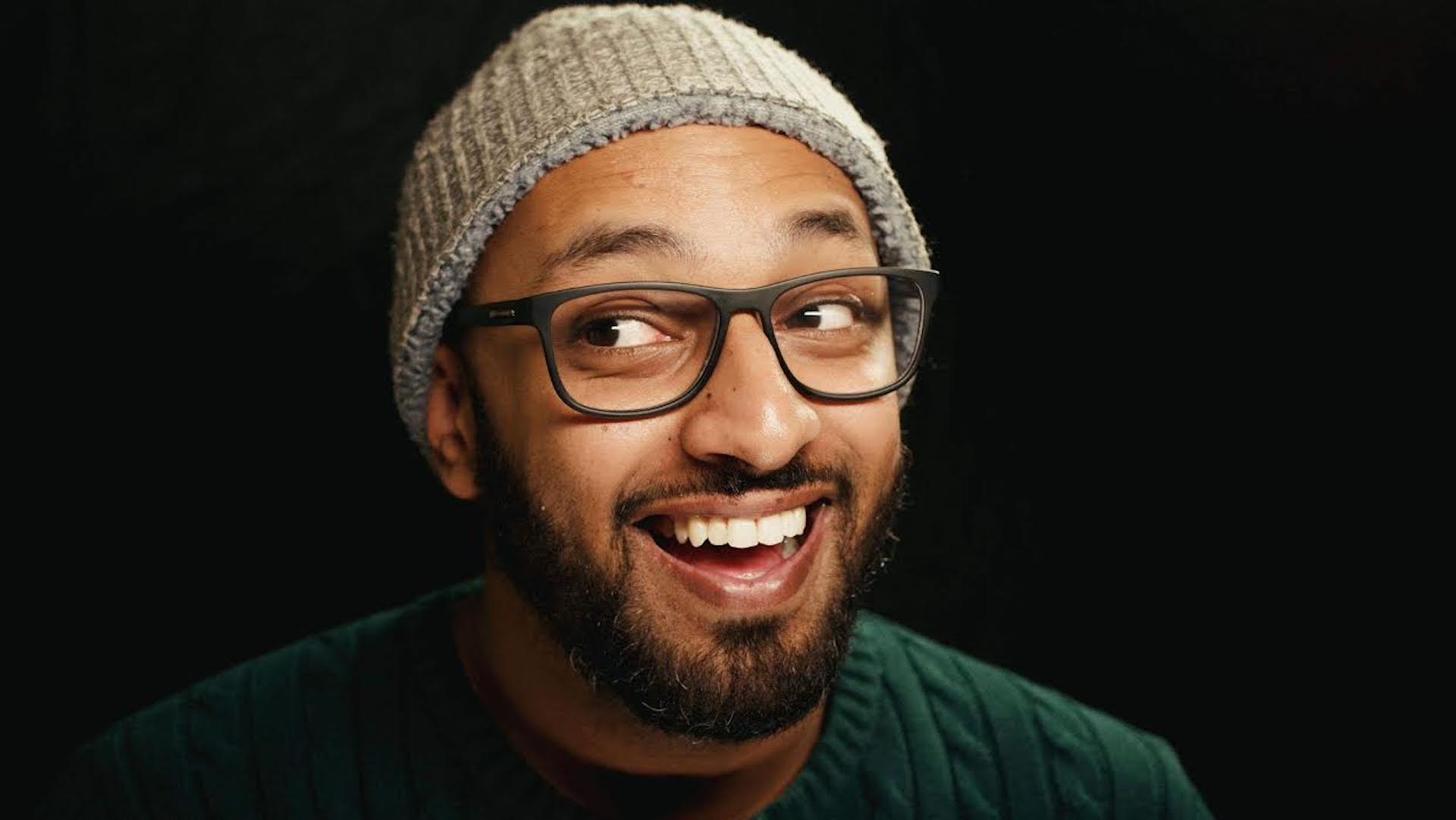 It took 15 years for Ali Sultan to definitively know his real age, since his records weren’t logged when he was born in Yemen. Now, only roughly three months after recording material in his hometown of Minneapolis, the Minnesotan has unleashed his debut record.

Happy To Be Here, which drops today (May 24), takes listeners on a journey through Sultan’s life growing up in Yemen, moving to America, and his experiences being raised in a devout Muslim family. Much like the material he polished up for the record, there are a lot of elements that Sultan personally loves about the album — from the artwork that he and his partner Kelsey worked on together, to the voicemail his mother left him after the recording — Sultan is beyond excited to share these stories with the world.

“I felt ready putting out this body of work, and I’ve been getting more excited every day to share it,” Sultan tells Vanyaland. “I did my best and put a lot of thought and heart into it, so I’m thrilled.”

Sultan shows confidence and a consistent ability to generate laughs with the material on the album, but the journey that led him to recording a show at the Comedy Room at Minneapolis’ Sisyphus Brewing, where he is also throwing an album release party on Saturday (May 25), was not an easy one, as one can imagine. A lot of trial and error in his time on stage over the last eight years, as well outgrowing and throwing away jokes that he feels are stale or old, has led Sultan to this solid arsenal of personal stories.

Recording a debut album is obviously a big deal for comedians, and more often than not, material-recording shows can turn into family affairs, with parents and siblings taking a seat to watch someone do their thing. But Sultan brought it to a new level when he had his mother introduce him on the album, and while there wasn’t much to be nervous about when discussing certain topics in front of his mom, the Minnesota-bred comic admits that there was still some uneasy feelings about performing it in front of his mother’s friends, who she brought along with her to the show.

“My mom has seen me before and thinks I’m funny, so I didn’t worry about her,” admits Sultan. “But she brought her friends who are like my aunts, and that was a little nerve-wracking because some of the content isn’t PG-13, especially for practicing Muslims. They ended up loving the show, and my mom left me the sweetest voicemail, which I actually included at the end of the album.”

Through his upbeat tone, and deeply autobiographical approach to his material, Sultan knows that the experiences he describes represent Muslim people, naturally. But it was thanks to a fellow comic friend of his, Derick Johnson, that Sultan was able to represent not only Muslim people, but put the focus on representing himself.

“I told [Johnson] I felt the pressure to represent Muslim people and he told me that I should represent myself, [because] it’s the authentic thing to do,” says Sultan. “So, yeah, by default, I represent those who have similar stories, but I am always aiming to be myself.”