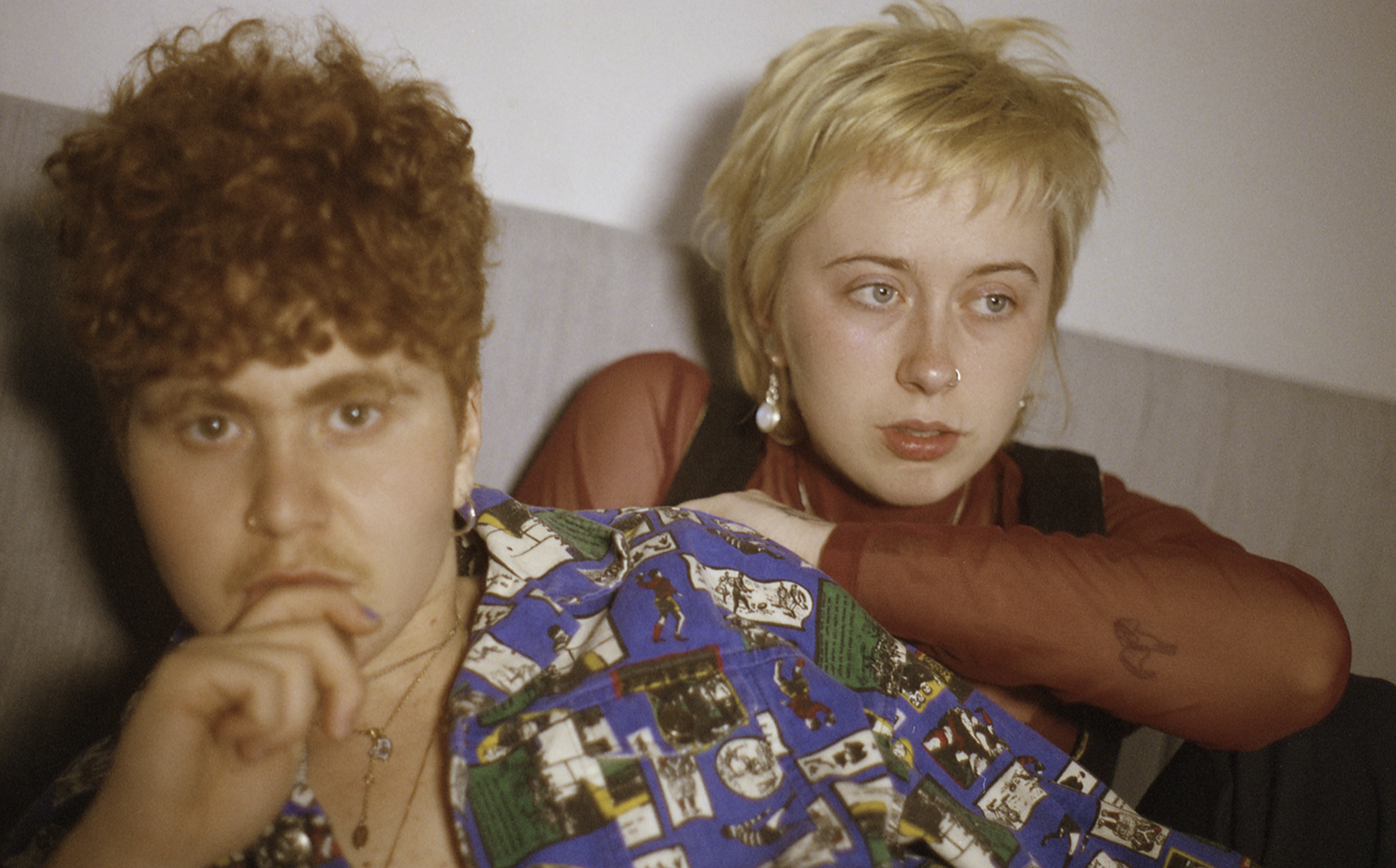 Interview: Before the pair perform at The Sinclair this Tuesday (April 23), Girlpool talked about all things surrounding their new album

When Girlpool returned in 2019 to release their new record What Chaos Is Imaginary, they didn’t just drop the album — they descended with it from the heavens.

Revolving around a newfangled approach for the typically folk-punk hybrid band, the third LP marks a noticeable shift for the duo, welcoming synths and string instruments into their latest “Picturesong.” Serving as the centerpiece of their new world, the diaphanous title track offers a celestial organ intro matched in grandeur only by the song’s beatific lyrics.

At only 23 and 22 years old, Harmony Tividad and Cleo Tucker have crafted a foray in modern transcendentalism, much of it gleaned from songs penned and shelved years ago.

“I think my feelings on it are I find that there’s a comfort and zen in finding connections to old versions of myself and my old work,” Tividad tells Vanyaland. “I think it gives me peace, because it shows me whatever phase of life I’m in, there’s a thread, and to love that thread is kind of what being a human being is all about – loving a part of ourselves that carries through everything.”

Before the pair perform at The Sinclair with Hatchie this Tuesday (April 23), Vanyaland chatted with Girlpool about branching out their styles into more experimental territory, their new approach to harmonizing, and the satisfactions — and frustrations — that come with falling back into older material.

Victoria Wasylak: The first thing I wanted to ask about is how different this record, What Chaos Is Imaginary, sounds from your past records. You had said you two previously shared the vocal core of a song, whereas with this album, it’s more so one of you or the other. What was that like, changing that writing style?

Cleo Tucker: It all happened really naturally. We were showing each other music that we were working on, and [we were] excited by it and adding shit to it, or playing on it or playing it live with each other, and that’s what we began working like. We were never like “ok, hold this [style], begin that [style].” We’re not even closed off to doing that again. Every time we talk, we are writing words together — it’s just the relationship that we share, and it doesn’t even feel like that stopped happening, really.

It’s interesting that you are just that naturally on the same wavelength, then, because you wrote this album in two different places.

Cleo: It was kind of all over.

Harmony Tividad: These songs were written more separately — we weren’t usually together writing them.

That has to be difficult.

Cleo: It wasn’t difficult! It was no big deal, because we both write music and send it to each other — fucking with it, playing with it. None of it was a challenge, really. We both had all these songs, let’s fucking record them and make a Girlpool record with these solo songs that we’ve written and [have each other] play on them, and that was it.

Cleo, you said that you were kind of “over” rock music at this point. Was that something you discussed, to take things in a new direction for this album, or was it 100 percent organic?

Cleo: There are a few songs on it [the album] that are more experimental, or new for me to explore. I was going through resentment, sort of, towards some of my old music for various reasons. I was kind of annoyed with some of the songs that I was recording for this album — they live in a really special place in my heart, but they were irritating me, because I was trying to move on to different sounds. But I wanted to honor and give space to the music that I wanted to release that was kind of older.

Right, some of these songs are actually a couple of years old. What’s it like having too go back and revisit those old feelings?

Harmony: I think my feelings on it are I find that there’s a comfort and zen in finding connections to old versions of myself and my old work. There’s something kind of validating about it, to love that person and to love that work. It’s some kind of full-circle thing that feels really calming. I think it gives me peace, because it shows me whatever phase of life I’m in, there’s a thread, and to love that thread is kind of what being a human being is all about – loving a part of ourselves that carries through everything.

As you get older, I feel like a lot of songs are about issues you have…  but problems don’t really change sometimes. The way you’re handling them or looking at them shifts vaguely, but you’re still sort of looking at the same frame of mind.

You released “Picturesong” last year. I think that kind of hinted at what your next album was going to sound like. Is there a reason you decided not to put it on the record?

Harmony: It just felt like an in-between kind of song, where it was not part of the record-making progress.

How has your live show changed — or has it changed at all — Cleo, now that your voice is different? Has that changed how you approach the songs?

Cleo: Yeah, it’s been a lot of practice, rearranging, all that good stuff, but I feel more and more comfortable with this vocal register.

You both are very young, and started this band as teenagers. You’ve pretty much since the start had a lot of attention — I remember seeing you at SXSW four whole years ago — and you’ve been touring and making music ever since. Is that hard, becoming adults on the road? Because you’re not getting a “normal” experience that a lot of people our age get in their 20s.

Cleo: You just know right away that you’ve got do it [become an adult] — whether you’re using whatever career, working, not working, school, not school, as your vehicle to grow, it’s just all the fucking same, I think.