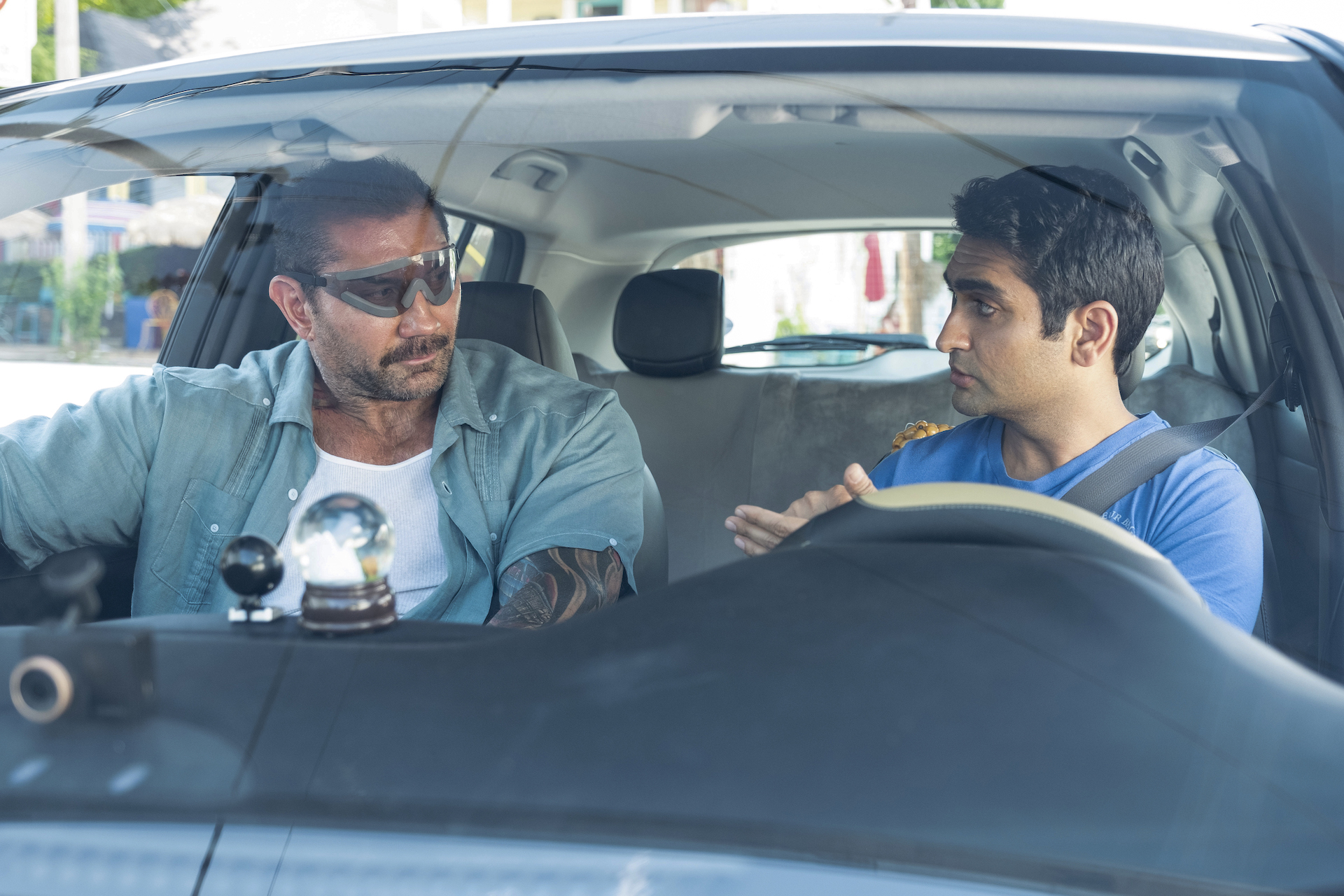 It’s been a big day for our favorite Dave, as Dave Bautista wrestled the final match of his legendary WWE career, losing a no-holds-barred bout to his friend and mentor Triple H on Sunday Night at Wrestlemania 35 (he also got his nose ring pulled out with pliers, so, yikes!). He then announced his retirement from wrestling on Monday morning in an Instagram post, and presumably put some more ice on his ribs. Perhaps as a celebration of the man’s career, 20th Century Fox decided it’d be a great idea to drop the trailer for his latest film, the action-comedy Stuber co-starring Kumail Nanjiani (who was in the audience on Sunday, cheering on his pal), on Sunday night, before the dude had even wrestled. Way to botch the celebration, guys.

This is a pretty good summation of what you’re going to get when this thing his theaters in July. We saw a work-in-progress screening of the movie at SXSW, and while we can’t write too much about it (they asked all press to re-review the film when it comes out, so that we can fairly evaluate the final product, which is a bummer, but whatever), we can say that Nanjiani and Bautista have a great chemistry and that we can’t wait to check out the finished film later on this summer.

“When a mild-mannered Uber driver named Stu (Kumail Nanjiani) picks up a passenger (Dave Bautista) who turns out to be a cop hot on the trail of a brutal killer, he’s thrust into a harrowing ordeal where he desperately tries to hold onto his wits, his life and his five-star rating.”