Positive Tension: Kele Okereke and the crew will play their masterful debut album in full for six U.S. shows this fall

Bloc Party are set to return to North America later this year, and there’s a real good news vs. bad news situation going on here.

The good news is that Kele Okereke and the crew are touring behind their masterful, decade-defining 2005 debut album Silent Alarm, a massive favorite for us here at Vanyaland, and included in the six U.S. dates is a September 19 swing at Boston’s House of Blues. The bad news, obviously, is that the band’s rhythm section on that album, drummer Matt Tong and bassist Gordon Moakes, is no longer in Bloc Party. And anyone who has heard and loved Silent Alarm knows how essential those two figures are to the LP. Hell, Tong owns that album; it’s a drummer’s record.

That said, these great songs should still sound pretty good, and Bloc Party will perform Silent Alarm in its entirety from start to finish on these dates. The current lineup of the band features Okereke (vocals, guitar), co-founder Russell Lissack (guitar), and a pair of relative newcomers, Justin Harris (bass) and Louise Bartle (drums). A Silent Alarm live album will be released April 12 on 12-inch, CD, digital download and special edition bundles.

Get the full itinerary below; all shows go on sale on Friday (March 29) at 10 a.m. local time via blocparty.com.

Related: Check out images from Bloc Party’s 2016 show at The House of Blues, by Matthew Shelter for Vanyaland.. 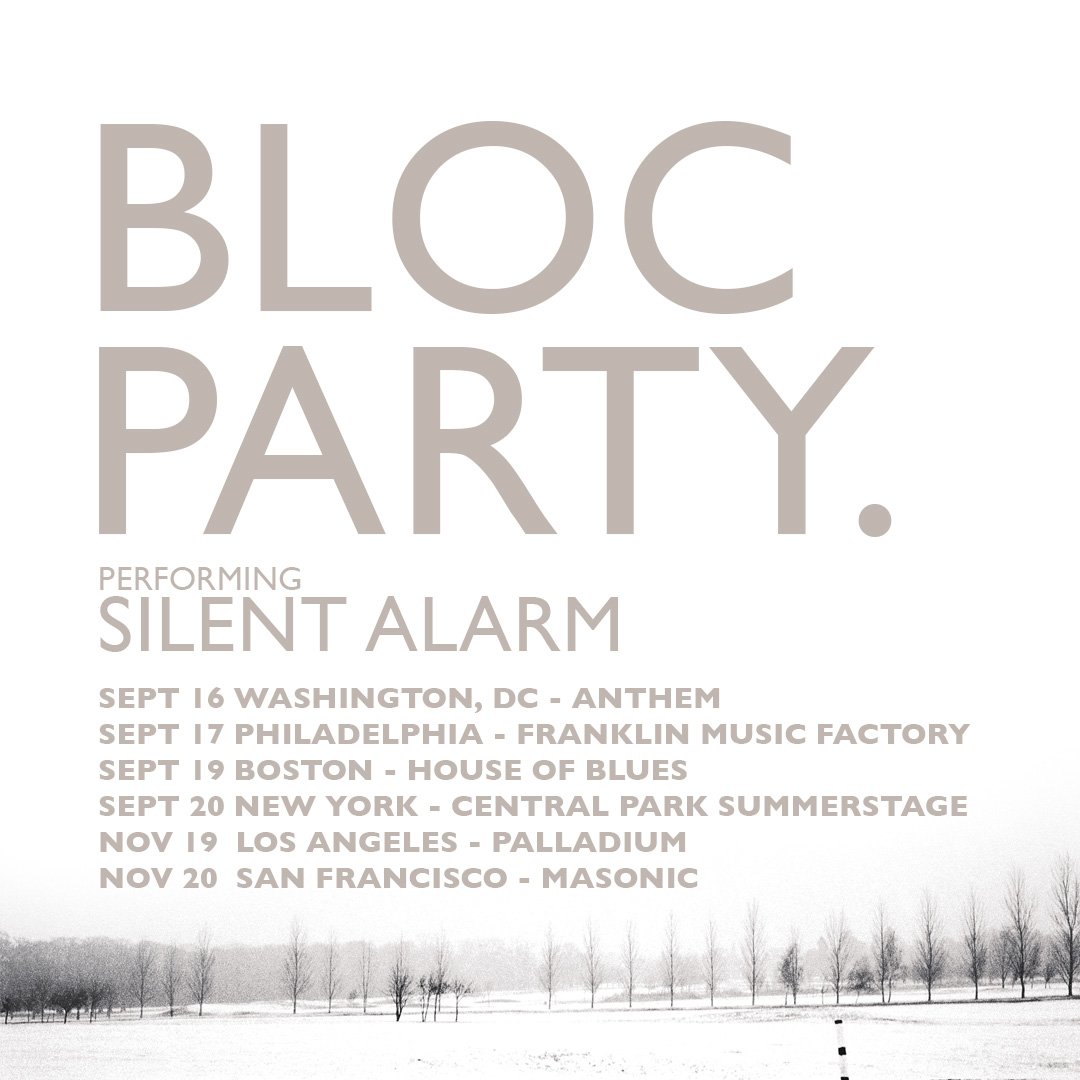