The Record Co. announces Boston music festival at The Sinclair

Anjimile, Ali McGuirk, and Cliff Notez are some the artists scheduled to perform in Cambridge May 2 for the first ever TRC Fest Shortly after celebrating their eighth anniversary and plotting out a new facility, The Record Co. has announced their first ever festival, a one-day event of Boston music at The Sinclair.

The purpose of the event is twofold, aiming to both showcase “emerging and legacy local talent” and raise money for the The Record Co.’s new music hub, currently due to open in 2020: “TRC Fest is a benefit to make more space for music makers in Boston… Every ticket raises awareness (and money!) to help The Record Co. build a new, world-class music workspace for Boston’s incredible community of musicians.”

According to a March Facebook post from the company, the new space “will feature 4 recording studios (the largest of which will double as a small-format community event space), 15 fully backlined rehearsal rooms, and a community meeting room.”

Peep the full flyer below; general admission tickets are currently on sale for $15. 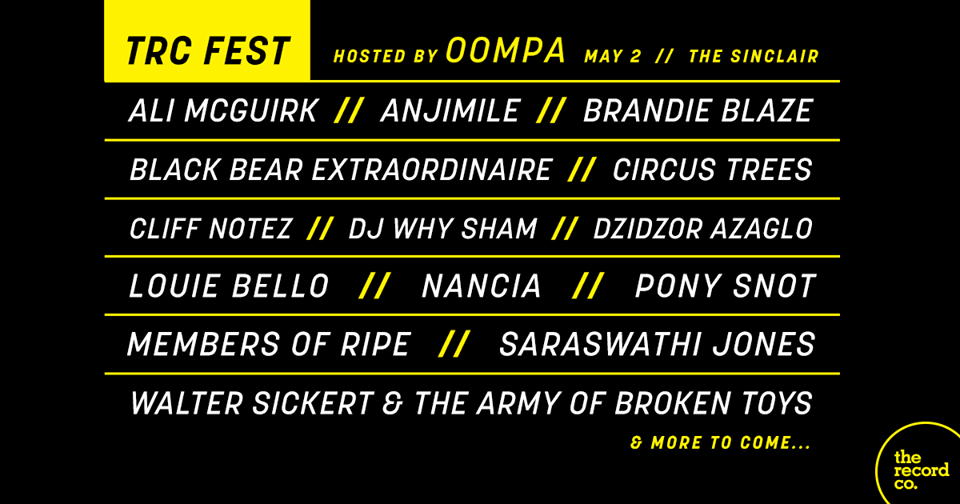