James Bay makes up for lost time at The Orpheum

Live Review: The English singer-songwriter and guitarist shined in his own 'Electric Light' last night in Boston 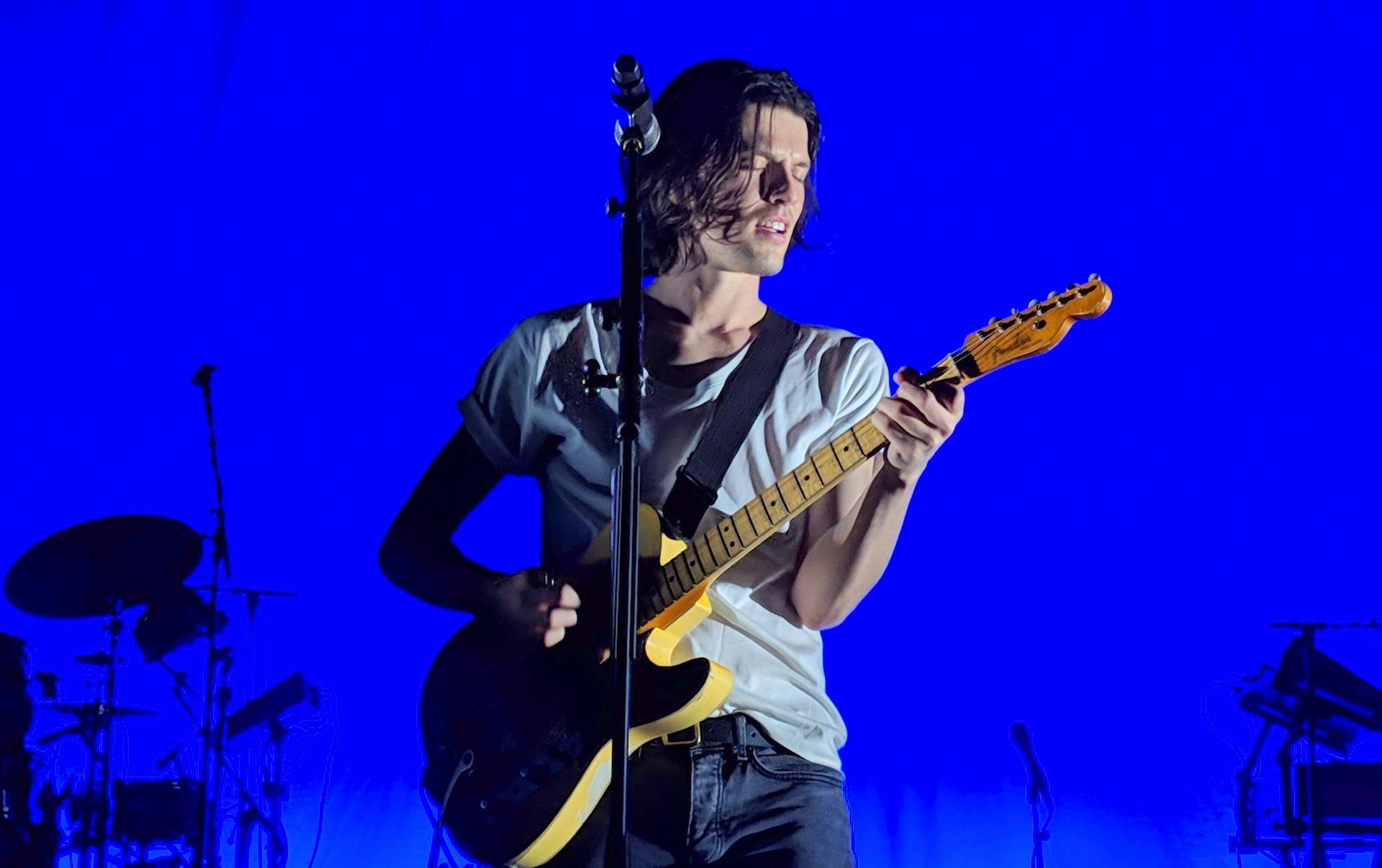 Having made fans wait after a September show at the Pavilion was scuttled without reason and seasonally relocated to the cozier indoor setting of The Orpheum, James Bay finally returned to Boston last night (March 10).

Despite repeated apologies from the English singer-songwriter for the five and a half month delay, the sold-out crowd didn’t seem to mind, often drowning him out with their ebullient joining in on choruses not just for tracks like “Wild Love” and “Let It Go,” from his two-LP deep catalog, but on material less than a month old.

The unfettered devotion was a bit of a surprise, as many diehards have been excessively vocal about Bay’s stark transition from the bluesy folk rock of 2015’s Chaos and the Calm to slick, soul-infused pop crunch of last year’s Electric Light. Combined with the outcry over him trimming up his hair and dispensing with the once ubiquitous and dopey wide-brimmed fedora, it’s a wonder anyone showed up at all.

Bay-lover directed sarcasm aside, once he stepped onstage, all that silly criticism over artistic evolution evaporated into the upper reaches of the venue’s ornate ceiling. Opening with Electric Light’s “Pink Lemonade,” also the best Strokes song since 2003, and following it with the equally swift-pace of “Craving,” any hopes it would be a chill Sunday evening to sit down were dashed.

Stripped down to a loose-fitting white t-shirt, skinny jeans, and Chelsea boots while trading out guitars nearly every song, Bay had the audience eating out of his hand after he finished “If You Ever Want to Be in Love,” requesting they sing him the last chorus one more time. “It sounded so good… I need to hear it again,” he said earnestly. Is it something he does at each show? Probably. But to pull it off without a hint of it being cheap? That’s a talent, one that was compensated for when it came time for Bay to debut new songs, typically a well-earned opening for attendees to grab a drink. 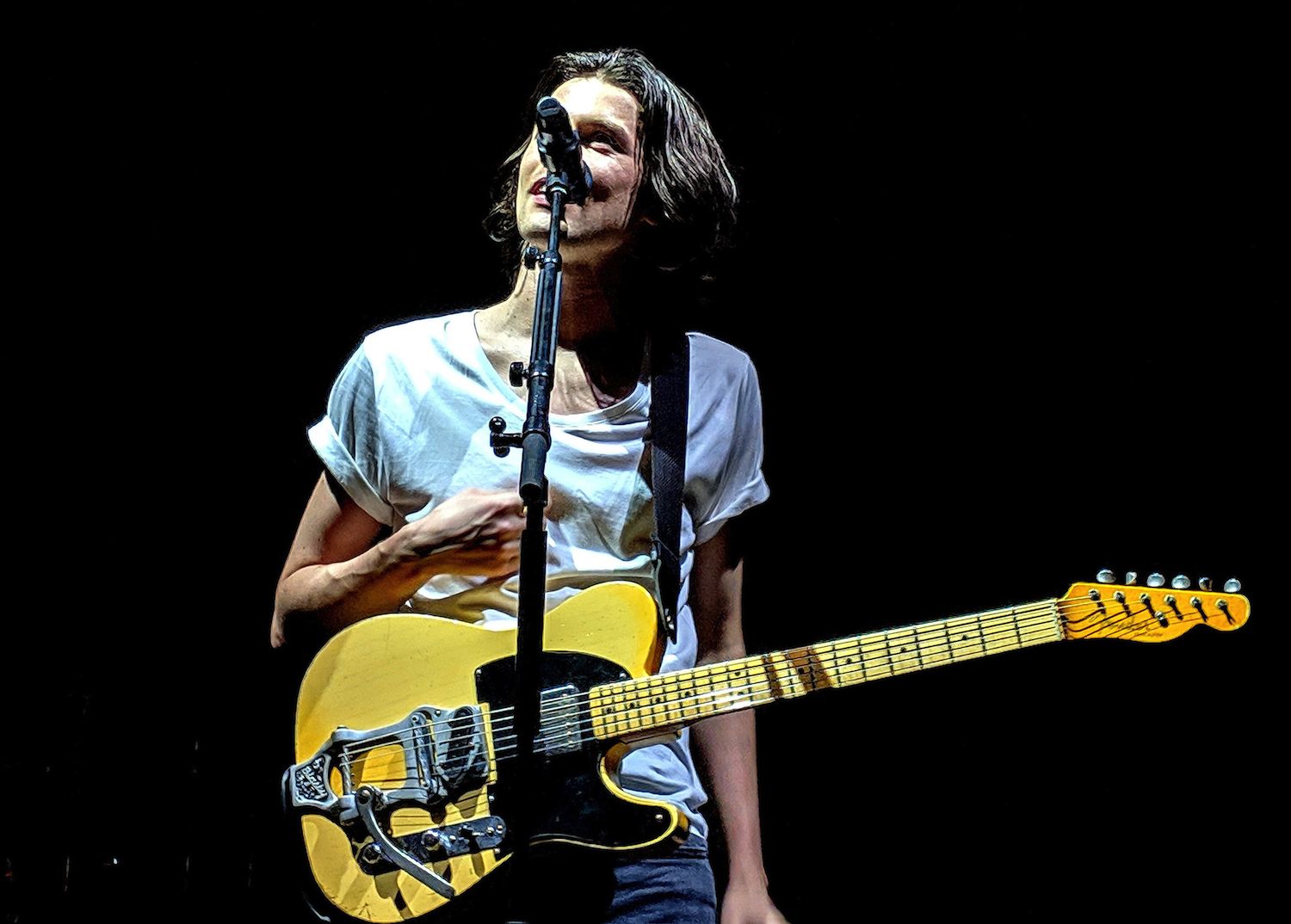 “Peer Pressure,” a duet with Julia Michaels that officially dropped at the tail end of last month, is a soft starter that shifts into a soaring number, one where it was obvious more people than not knew enough to sing-a-long. Less familiar but even more enrapturing was “Bad,” a heartbreaking acoustic piece about a doomed relationship where the narrator is desperate to “keep the ghost alive.”

“Soon as I’m ready to get over you, you call me up / Then I crumble when you say you’re getting over us,” goes one particularly brutal line, notably hitting a fan hard and leading him to cry out, “Fuck me!” as the song twisted the metaphorical knife of whatever he’s going through even deeper. It’s not known when the new stuff will come out proper, but Bay made it a point a couple times to say he had been working on lots of new songs while waiting for the rescheduled dates to kick back in, and he clearly wasn’t teasing.

An emotional reprieve came in the form of a spirited cover of The Beatles’ classic “Come Together,” with the night closing on the smash hit — and wedding song du jour — “Hold Back the River.” It was worth the wait and then some, and once Bay’s merch team sells off all those t-shirts unfortunately emblazoned with “Bay is Bae” on the back, we should be good.