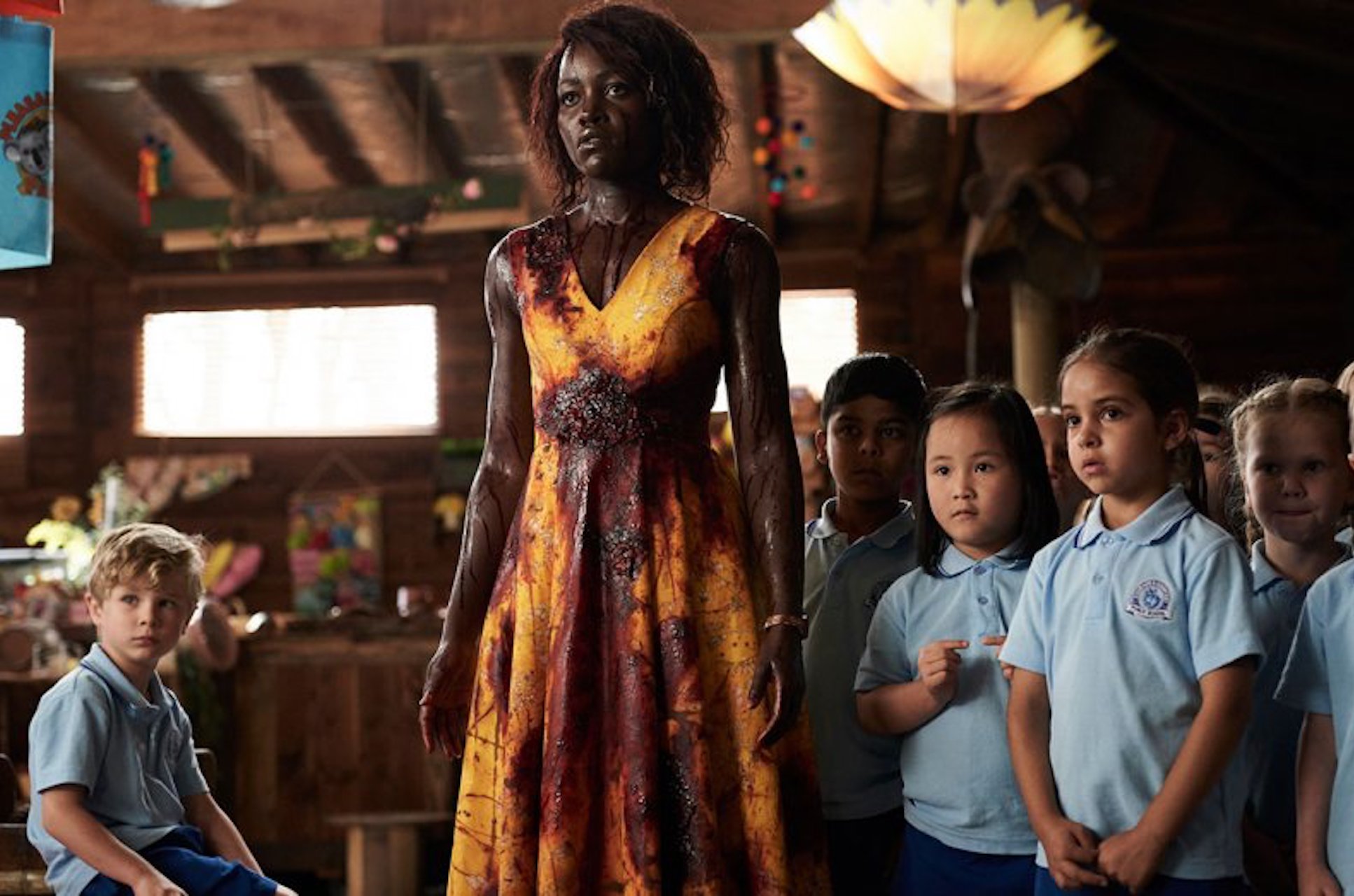 Abe Forsythe’s bloody comedy Little Monsters (no relation to the Howie Mandel/Fred Savage flick that we’re sure tons of ’90s kids have unwarranted affection for) begins as plenty of other Zom-Coms do: An outbreak of virus infected prisoners at an American military installation in Australia gets out of hand and threatens the well-being of all those around them once the soldiers guarding the base are overrun by the undead. The wrinkle is that the base is incredibly close to a combination petting zoo/theme park (complete with putt-putt golf, as one kid continues to point out), where a group of kindergarten-aged school children, led by their teacher (Lupita Nyong’o) and a metalhead chaperone (Alexander England), must survive all sorts of calamities. Sure, there are the zombies, but there’s also peanuts in the chips they have to eat, and there’s a psychotic children’s TV show host named Terry McGiggles (Josh Gad) looking to undermine Nyong’o’s work at protecting these innocent children from the horrors unfolding around them. What follows is full of dark and bloody humor and plenty of Taylor Swift covers as sung by Nyong’o on the ukulele.

To say that this movie is cute would be an understatement of the highest caliber, but it never once feels cloyingly so or forced. It’s tempered by the sense of danger, which is in turn enhanced by how well the kids are portrayed: They’re little beacons of light and fun, and they feel completely real, free of the kind of coached acting that often sinks young ensembles like this. The adults are nearly perfect as well, with Nyong’o being the standout, as there’s a wide-eyed affection for her kids that she brings to the role, one that informs her fear and, later, her badassery. She wants so desperately to shield the children from the horrors that are unfolding around them, so that they aren’t afraid or traumatized by a situation in which that seems all but impossible.

She will be the one universally-praised member of the ensemble, I think, whereas her male co-leads are on shakier ground emotionally, with Gad and, to a lesser extent, England, embodying a particular kind of adult male ugliness that might repulse some viewers once the film truly gets going. That’s not to say that they’re not funny — especially Gad, whose panicked and constantly-swearing children’s TV host starts dipping into the hand sanitizer reserves once he runs out of his nips — or, as in England’s case, later provided with moments to let their inner suffering be healed, but that there’s an abrasiveness that may take some people by surprise, more so than any of the blood and guts.

But as Little Monsters heads towards its wonderful and very-much-earned ending, you’ll be surprised by how genuinely you’ll be smiling at its resolution, which ranks amongst the sweetest moments of this often-depressing festival year.