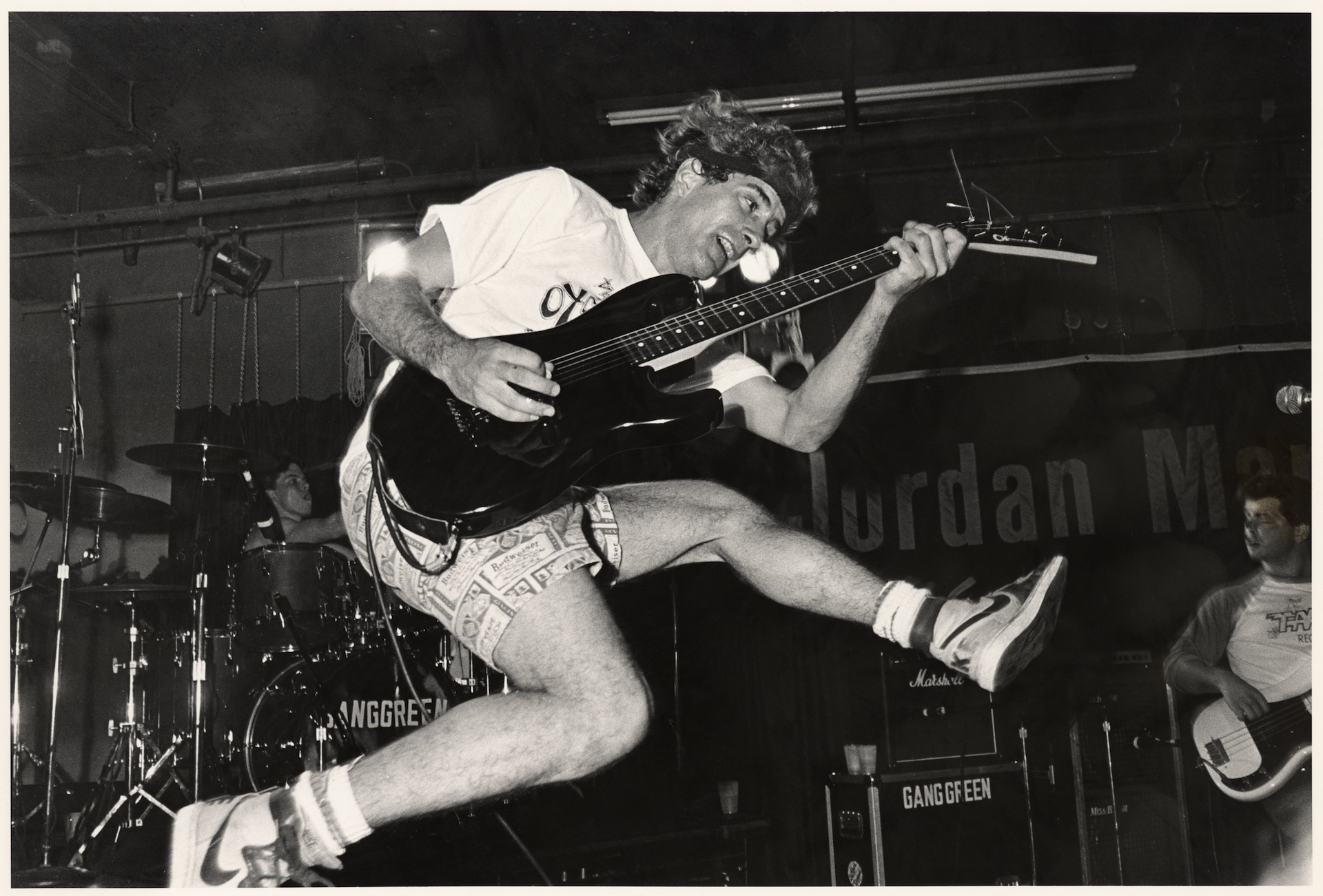 If you’ve ever wanted to see the spectacle of 11 punk and hardcore groups cramming sets into one evening at The Paradise Rock Club, Not A Wasted Night is the place to be this Friday (January 11).

The Dogmatics, The Lemonheads’ Evan Dando, The F.U.’s, The Outlets, Slapshot, Springa, TREE, Unnatural Axe, White Dynomite, Worm, and the Skate to Hell Band all take the stage at the ‘Dise to raise money for Gang Green’s own Chris Doherty, who suffered a stroke in the fall of 2018.

According to a GoFundMe page for Doherty, the stroke affected his heart and brain, and left him paralyzed on his left side. Just two weeks before the incident, his insurance was cancelled, making the ordeal extra difficult for both Doherty and his family.

The epic wrangling of Massachusetts rock bands was organized by Al Peters and Sean McNally to support the founder and frontman of the Boston-based hardcore band.

“A few weeks ago I called Sean McNally with a tall order to produce this benefit concert,” Peters says. “I am so pleased that so many from the Boston music scene have come together to support Chris. Chris and Gang Green were among the very first hardcore bands in Boston. They went on to record six studio albums, tour the world, and influence many. Sean and I extend special thanks to The Paradise, Crossroads, all the bands and people who have come to Chris’ aid. It’s a real team effort.”

Adds McNally: “When Alec reached out to me about helping Chris, I couldn’t say ‘yes’ fast enough. Chris and Gang Green have held the torch for many years, supporting so many other bands on the way up. They are truly legends in this crazy music scene. The variety and stature of the acts who’ve volunteered their talents are a testament to the way the Boston music community rallies together… We hope to raise a lot of money to help get Chris back on his feet, so he’ll be on stage where he belongs the next time another friend is in need.”

While Doherty is still in recovery, former members of Gang Green will perform as the Skate to Hell Band.

“You know who your friends are when you’re in the hospital,” Doherty says. “I’ve got a s%*#load of friends. Thank you.” 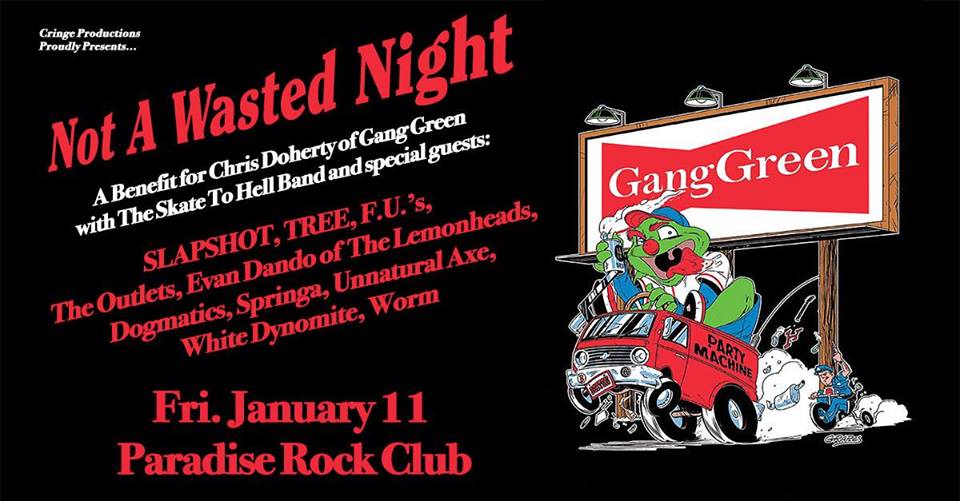