Priests have a blast (and keep it brief) at Great Scott

Live Review: A Monday night romp in Allston with Philly's Empath and D.C.’s Priests leaves nothing to chance 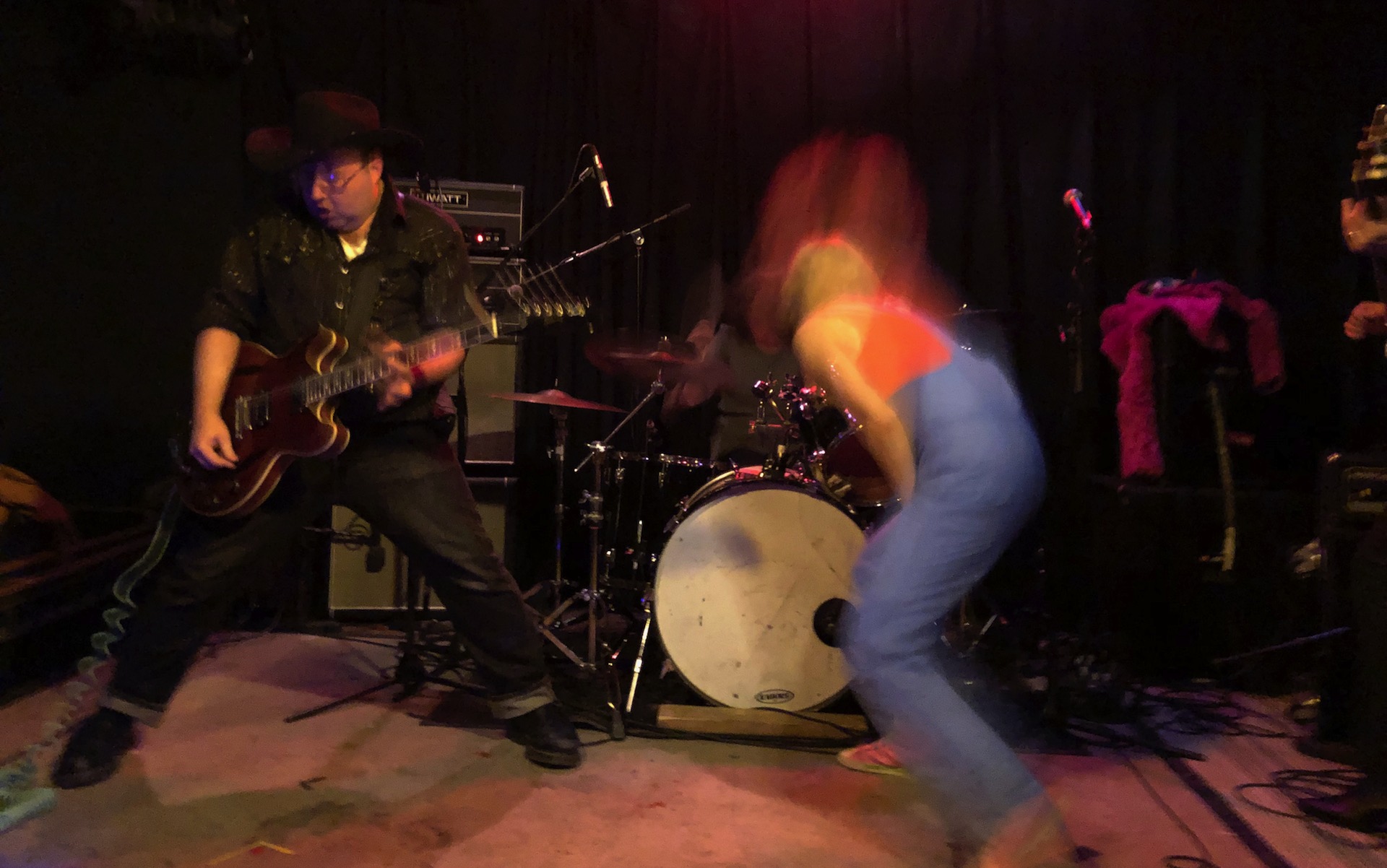 At its best, punk rock (and experimental/underground music in general) offers the possibility of excitement and discovery — of experiencing the sort of genuine awe that comes naturally in youth, but which in adulthood must be sought out. The best shows in this realm are the ones where the crowd never knows when they might see or hear something they’ve never seen or heard before. Like, for example, a punk show that starts with a collage of nature sounds and birdsong.

That’s how Philadelphia’s Empath, opening for D.C.’s own Priests, kicked off their Monday night (December 10) set at Great Scott in Allston. An annoying-music-writer summation of Empath might be “new age No Age,” as they combine the serene soundscapes and lovely keyboard tones of new age (the musical genre) with the surging, transcendence-seeking drive of No Age (the L.A. art-punk band).

With two keyboardists contributing little counter-riffs and cool noises, and no bass to ground the sonic maelstrom, Empath seemed to achieve liftoff every time tireless drummer Garrett Koloski picked up the tempo. On the slower tunes, Catherine Elicson’s hooky guitar parts and forceful yet melodic vocals lent an idiosyncratic indie-rock feel to the proceedings, not dissimilar to the likes of Deerhoof. As atmospheric interludes bled into rock songs which then bled into more atmospheric interludes, Empath locked into a weird, wonderful pacing all their own.

Like most bands that fit somewhere under the broad umbrella of “post-punk,” Priests are great at evoking tense, heart-racing paranoia. Unlike many of those bands, Priests are also great at having lots and lots of fun. That much was evident from singer Katie Alice Greer’s bright pink fuzzy jacket and guitarist G. L. Jaguar’s gargantuan cowboy hat alone, but it became undeniable within the first few seconds of their first song, “Pink White House.”

Greer is a powerfully magnetic performer, but not in the aggro, confrontational manner of the stereotypical punk singer. Not that she couldn’t sneer with the best of them, but the unfettered joy of the miles-wide smile she wore as she strutted and struck power moves felt, in a way, even more subversive. Just as entertaining was Jaguar’s habit of throwing his body around the stage every time a song built to a blistering coda.

The small but passionate Allston crowd fed off the band’s surplus energy, bopping along and shouting lyrics back at Greer when she gave them the mic. Along with selections from their brilliant 2017 debut album Nothing Feels Natural and a handful plucked from their earlier EPs, Priests played three unreleased new songs, the last of which was apparently inspired by Cormac McCarthy’s No Country for Old Men. None of these songs strayed far from the group’s current sound (not that that’s a bad thing, of course), but since they announced that they’ll be returning to Boston early next year, it’s quite possible that fans will get a better sense of what to expect from that much-anticipated sophomore album soon enough.

By far the most striking aspect of the show was how short it was. Empath played for a little over half an hour, while Priests’ set lasted only about 45 minutes. Both bands could have played much longer without anyone complaining, but while my first reaction was to feel somewhat shortchanged (how could they not play “Suck”!?), ultimately the decision to keep things brief felt like the right one. I almost hadn’t realized the extent to which, over the years, I’ve become accustomed to concerts that go on slightly too long, leaving no one wanting more. Kudos to Empath and Priests for reminding us of the value of concision, the greatest punk virtue of all.

After Priests closed with “Nothing Feels Natural,” a song which can go toe-to-toe with any early Cure track in the gorgeous-gloom department, a few fans started chanting an audacious, somewhat unreasonable request: “Seven more songs! Seven more songs!” As Jaguar set his guitar in its case, he gave a joking but firm reply: “We don’t do encores; we’re not Led Zeppelin.”