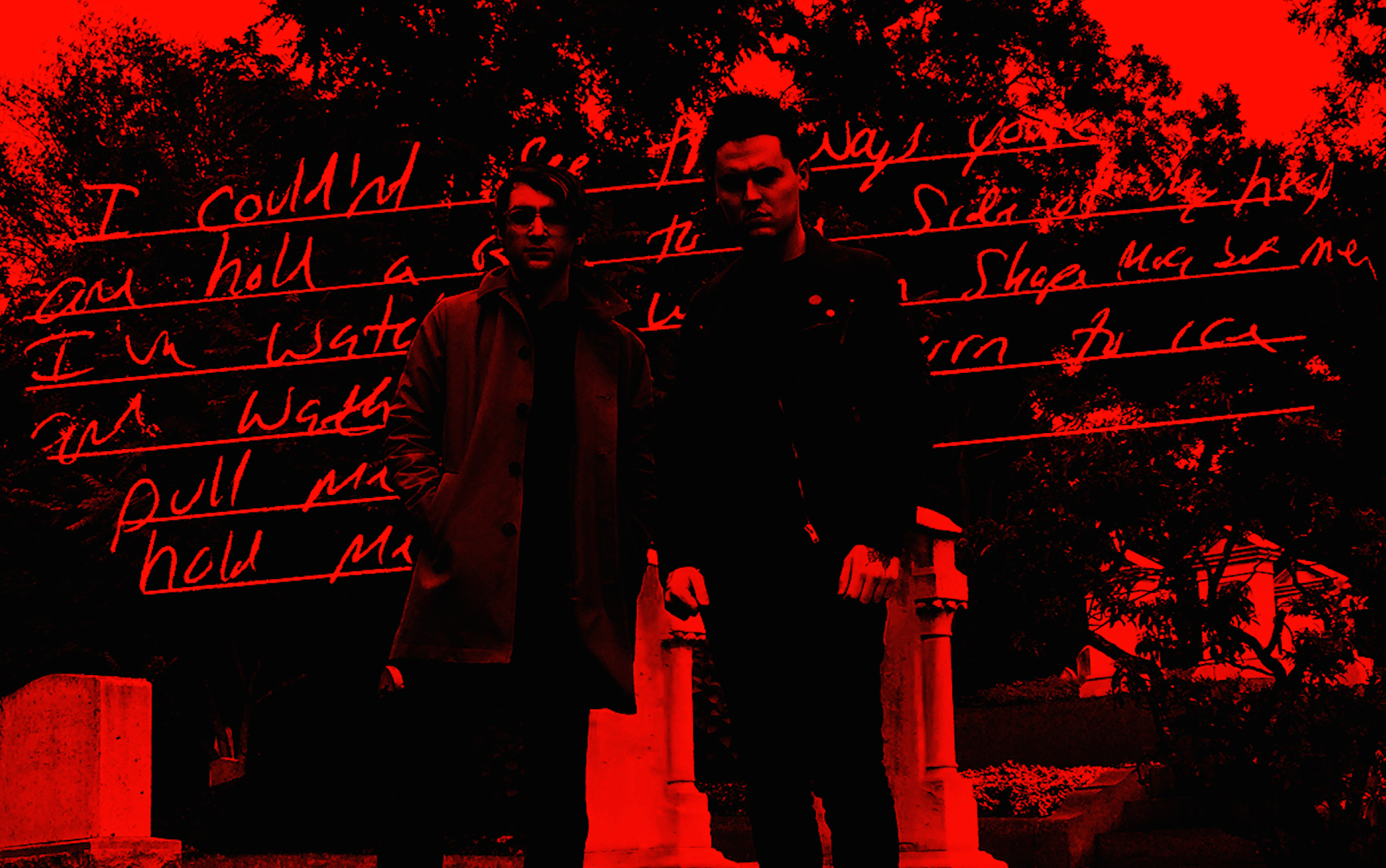 “Seeing as how this is the [website] which previously brought you first [online music magazine] appearances from everything from [Band A] to [Band Z], we do like to keep our hand in and keep you informed of the most interesting new sounds in the north [east]. This, [House Of Harm] is the most interesting new sound we’ve come across in the last six months. They’re a [Boston] band, with the exception of the guitarist who comes from [Pennsylvania], very important difference, they’re called [House Of Harm], and this number is [“Past Life”].

That bit of paraphrasing, originally pulled from Tony Wilson’s infamous Granada Reports introduction of Joy Division some 40 years ago, was bouncing in our heads as we watched House of Harm perform live at last month’s Vanyaland HalloVVeen party. The Boston duo certainly veer more towards The Cure and Chameleons than they do Joy Division (there are modern-day traces of a more aggressive Drab Majesty in here as well), but the fire and passion of post-punk’s initial rise is well-lit in the band’s auburn brand of cold wave.

They are, along with fellow Halloween performers Trlogy, the interesting new sound we’ve come across in some time, and we are excited to debut their latest single, a crystallic number of regret and discontent called “Past Life” that glows from the deepest trench of post-punk’s underground.

“Past Life” will be featured on House Of Harm’s debut EP, Coming of Age, which gets the record release party treatment on November 30 at Great Scott in Allston, a fluorescent bill of electronic sounds that also features Avoxblue, Pilgrims of Yearning, Limousine, and DJ Heather D of WMBR’s Backpacks and Magazines.

“The song, lyrically, is about spending time with someone you were formerly involved with and the struggles that come along with that,” says House Of Harm vocalist Michael Rocheford.

Cooper Leardi, House Of Harm guitarist and synth player, provides additional content: “‘Past Life’ was one of those songs that came to us like a lightbulb flash. All the elements were there. We were coming down from playing a string of shows, completely exhausted, and in one afternoon we wrote and recorded the whole song. It felt wrong to go back and change the magic we got that day, so the version you hear is just that. I can’t deny that there was a certain flavor in the air when we were working on it, something that reminds me of an ecstasy-fueled club in Ibiza or something… I think it puts us in a place and time, and that time is right now. I feel as though the song is there to say ‘We’re House Of Harm and this is what we’re about'”.

That’s an intro even Tony Wilson would appreciate.