‘The Girl in the Spider’s Web’ Review: A sub-par James Bond movie 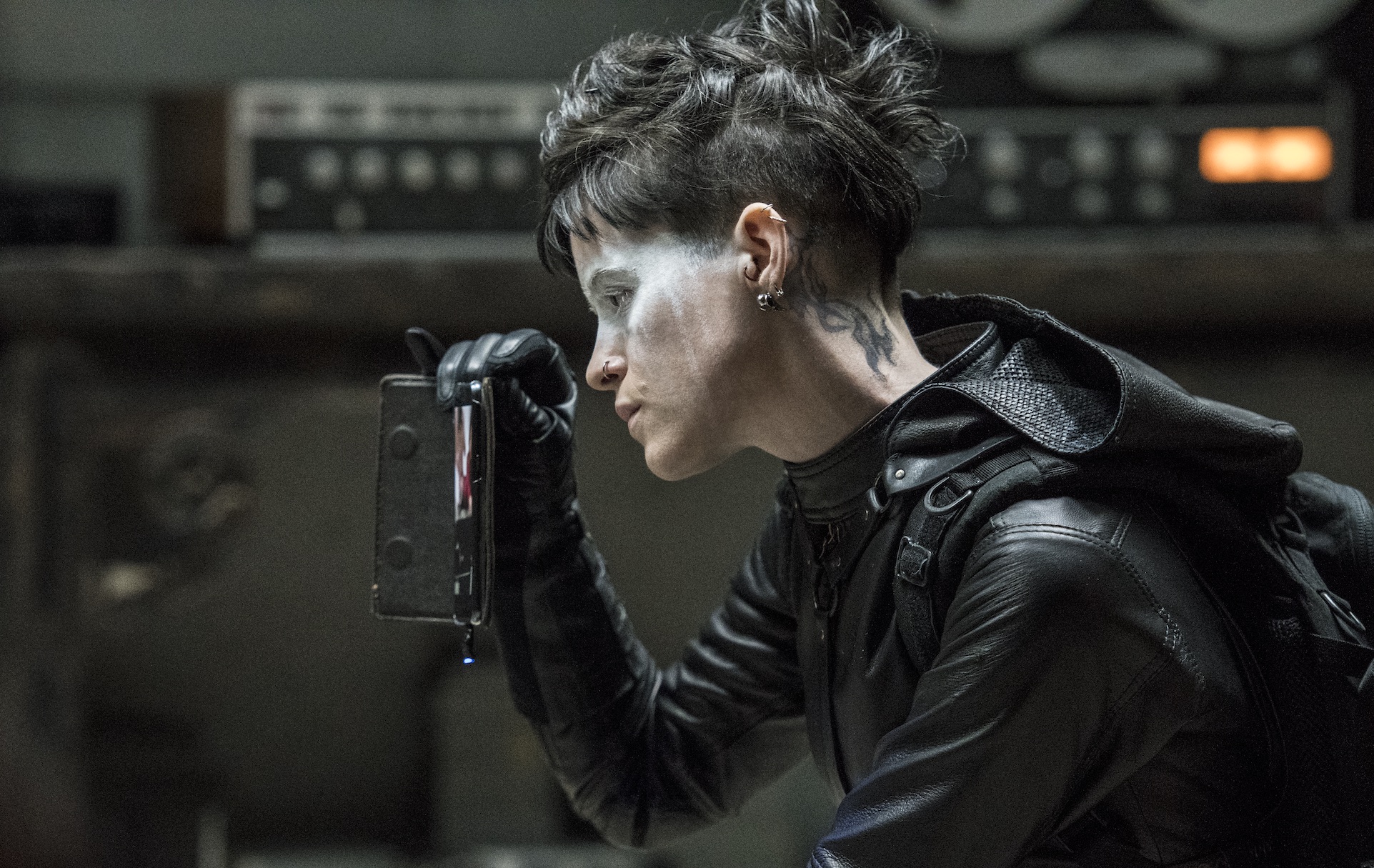 As soon as the title sequence of Fede Alvarez’ The Girl in the Spider’s Web unfurls over two thunderingly dull minutes at the start of the film, it’s becomes crystal-clear just how much of a bad idea this endeavor was for everybody involved. The third distinct adaptation of the Millennium series — the first was a series of Swedish TV movies that launched the international careers of Noomi Rapace and Michael Nyqvist, the second being David Fincher’s massively underrated big-budget 2011 flop that truly propelled Rooney Mara to stardom — this take on the fourth novel, the first installment not written by Stieg Larsson, the creator of the series (who was murdered before any of the books were published), is also the first not worth the price of admission.

A soft-reboot of the franchise, Alveraz and company mean to keep the Fincher aesthetic but at a significantly lower cost, without really understanding exactly what made the previous installment work. For instance, that title sequence: even if you hated the 2011 film, the one thing you probably remember and rave about is that opening montage, a blast of fucked-up CGI imagery set to the propulsive sounds of Trent Reznor and fucking Karen O covering Zeppelin. Here? It’s gentle, peaceful, pensive, set to dulcet boring tones, well enough to put even the mildest viewer to sleep.

It’s been an unspecified number of years since the events of The Girl With the Dragon Tattoo, and goth hacker Lisbeth Salander (Claire Foy) has become a vigilante, a “righter of wrongs” who targets the most powerful abusers in society and makes them pay dearly for their actions. You’ve seen the one scene of this all over the advertising, and it’s a bummer that the movie just doesn’t go-ahead and make her Batman, given that it’s more interesting than the sub-par James Bond that it decides it wants her to be instead. She’s contracted by a computer programmer (Stephen Merchant), who wants her to steal a program that he coded for the NSA that would allow the US to hijack pretty much every ICBM on Earth. She does so, and this places her in the middle of a surprisingly personal international conspiracy, which endangers her life and puts her back in the orbit of Mikael Blomkvist (Sverrir Gudnason), the journalist that did her dirty all those years ago.

If you’re like me, your first inclination upon hearing the words “nuclear codes” is to wonder if this series has jumped the shark, and you’d be right — it has! The first American film was a reasonably restrained (at least in terms of plot) serial killer story, but this, well, this just blows everything right out of the water. It commits all of the great sequel-filler offenses — a lengthy segment in which the protagonist has to tend to a precocious child, the small-universe twist (think Spectre) — and then some, and is utterly incongruous with the Fincher film. It also takes place in that weird alternative universe where Sony has a total monopoly on electronics, which is always vaguely funny once you notice it.

No matter the circumstances, it is a hard task to follow a performance as incredible as Mara’s was back in 2011, and it should be obvious to those who have seen the trailer that Foy isn’t up for the task. She’s restrained by the material, which doesn’t dare to approach Fincher’s level of brutality, and Alvarez’s direction, which never really knows what to do with her. She’s utterly sexless, as well, which is a major departure from all of the prior installments of this franchise, and this robs us of key moments of vulnerability, in which she’s able to communicate with, say, Blomkvist, on a deeply personal level (those moments, combined with her previous suffering, are what makes the Chinatown-fashioned ending of the 2011 Dragon Tattoo work so well). Even the debates people had about her character — say, the heavy sexualization present in the Fincher film and whether or not that rings true given the heavy trauma she endured at the start of that movie — are vastly more interesting than what Knight and Alvarez have cooked up. There’s no danger to be found about her, as any and all complicating factors have been stripped away to accommodate the most generic story possible. Her accent work is all over the place — at one moment, she’s sounding like Mara; at another, she sounds like Queen Elizabeth; at another, she sounds like Sven Hoek from Ren and Stimpy — and her characterization, from her costuming all the way down, is empty and plain, like a half-hearted Halloween costume assembled from spare parts.

Foy’s saddled with an irredeemable supporting cast, as well, which makes everything that much harder. Replacing Daniel Craig in the role of Blomkvist is Gudnason, best known for playing Bjorn Borg in Borg/McEnroe last year, and he has all of the charisma of a potted fern, which isn’t exactly great when you’re trying to portray him as Stockholm’s most fuckable man (dude also looks like Greg Sestero, so he’s got that working against him as well). Our villains include Claes Bang (The Square), whose natural good looks are so buried under a terrible blond dye job that it’s easy to mistake him for Ray Stevenson and is given absolutely nothing to do here, and Blade Runner 2049 baddie Sylvia Hoeks as figure from Salander’s past, whom could have been replaced by a mannequin clad in the same red latex get-up that she sports here and nobody would have been the wiser. Lakeith Stanfield shows up as an NSA Agent and Lisbeth’s Felix Leiter equivalent, and Merchant is fine enough in what two or three minutes he has before he gets his brains blown out.

Alvarez, best known for his creeping survival horror films (2013’s Evil Dead remake, Don’t Breathe) is so restrained by the sub-Fincher aesthetic Sony’s smothered him with that when a moment appears that is evocative enough of his other work, it’s hard not to feel some minor joy for the guy. And, sure enough, they’re probably the only things you’ll remember about the entire experience. A scene in which Blomqvist tracks down a victim of the crime syndicate’s violence, only to see the extent of the man’s injuries in their truly horrific glory is a standout — it suggests a deeper and darker film, one able to accept its genre roots, free of studio meddling and Lagercrantz’s miserable plotting, and it’s a phantom that hangs over the film, never managing to materialize. Instead, we’re stuck with The Girl in the Spider’s Web and its empty glower, a thrill-free, sexless Bond movie that thinks the substitutions of a globe-threatening plot and family drama manage to make up for its deficiencies in tone and visual complexity. It’s a weird case of “too much, too late,” as even then, theoretically, this might have made a bit more sense had it come out two or three years ago instead of now.