‘Spies in Disguise’ Trailer: Will Smith, international pigeon of mystery 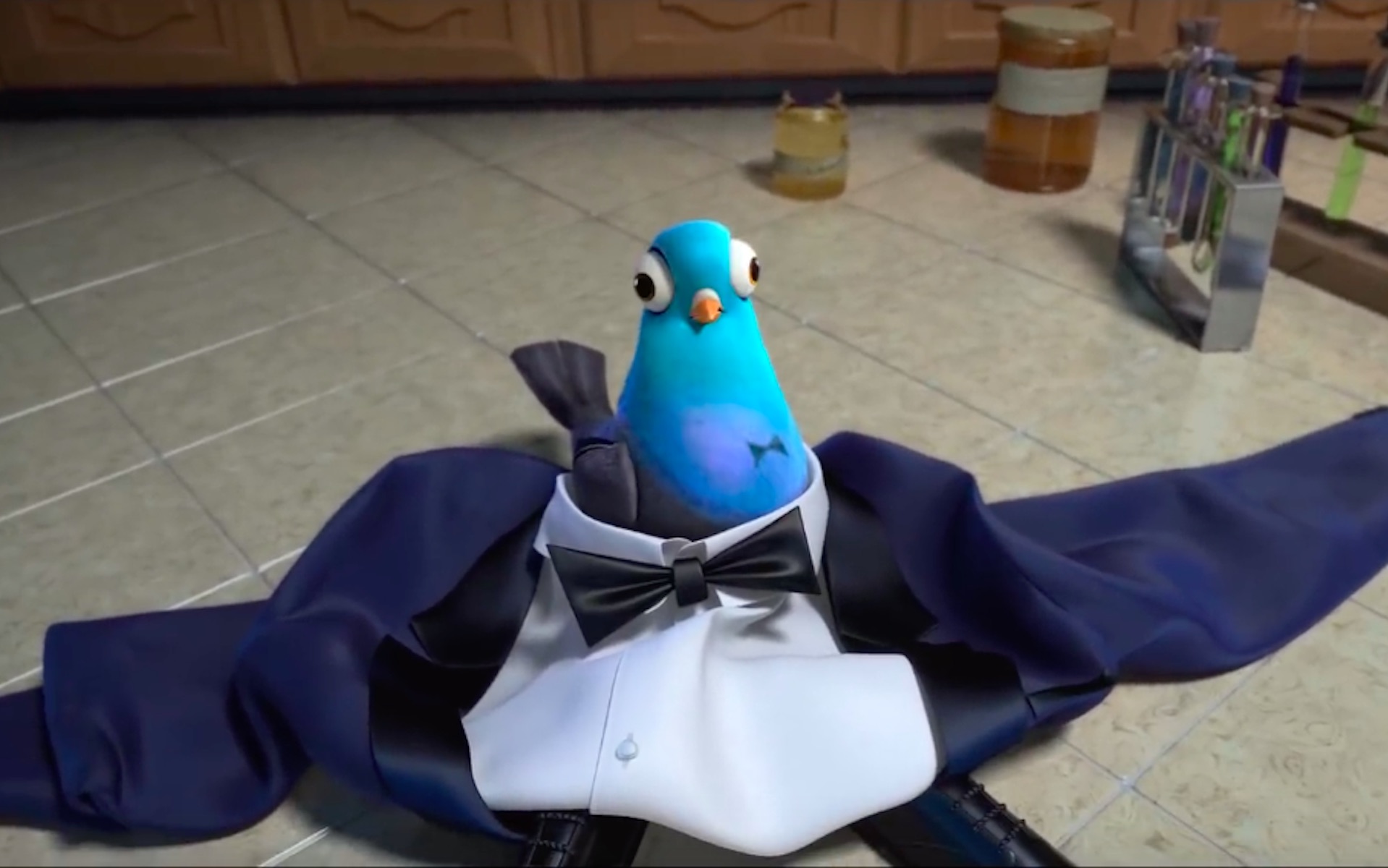 Did you know that, once upon a time, pigeons were the pet of choice from everybody from the well-to-do to the poor and downtrodden? Seriously! People of all shapes and sizes fucking loved pigeons, and they bred them and kept them for decades throughout the 19th Century. Then a bunch of those fancy creatures got loose, bred like rabbits, and became an urban pest, the “rats of the skies” as we know them today. Will Smith, however, knows that the humble pigeon deserves so much better, which is why he’s teaming with Blue Sky Studios — the makers of Ice Age — to redeem them in the eyes of the public with the new film Spies in Disguise, about a secret agent who becomes one of the titular birds. Seriously, this is the plot of a real movie.

Yep. Your kids are going to go gaga for this, and there’s absolutely nothing you can do about it. Go ahead and get your wallets and pocketbooks ready, you’re going to be buying plushies of these finely feathered fellows all next Christmas. And he drives an Audi, too, so you’re screwed if you’re in the market for a new car.

“Super spy Lance Sterling (Will Smith) and scientist Walter Beckett (Tom Holland) are almost exact opposites. Lance is smooth, suave and debonair. Walter is… not. But what Walter lacks in social skills he makes up for in smarts and invention, creating the awesome gadgets Lance uses on his epic missions. But when events take an unexpected turn, Walter and Lance suddenly have to rely on each other in a whole new way. And if this odd couple can’t learn to work as a team, the whole world is in peril. ‘Spies in Disguise’ is an animated comedy set in the high-octane globe-trotting world of international espionage.”