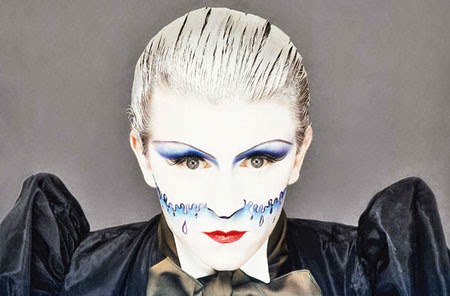 UPDATE 4:15 p.m. EST: Strange’s death has been confirmed by the Visage Facebook page. The statement reads:

We are extremely saddened to announce that Steve Strange died at 11.15 local time on Thursday 12th February, in Sharm El Sheik International Hospital, Egypt. Steve died in his sleep, of Heart Failure. Steve’s family, band members and friends are all distraught at this sudden news of his untimely death. Steve’s family request privacy at this extremely difficult time.

Rumors are circulating on social media this afternoon that Steve Strange, the renowned Blitz Kid and Welsh pop singer who fronted ’80s new wave group Visage, has died. Strange, whose real name is Steven John Harrington, is most known for Visage’s 1980 synth-pop hit “Fade To Grey,” and was also a celebrated nightclub entertainer in the United Kingdom.

No cause of death has been reported, but Marc Riley of BBC Radio 6 Music has allegedly just confirmed the news on his radio show. Friends and fans have been posting on Strange’s Facebook wall and tweeting out the news.

New Romantic pioneer Steve Strange died today of a heart attack in Egypt at the age of 55, his record label has told me

In December, BBC News reported that Strange was hospitalized with an unknown medical condition. “His record label said he has been admitted to Princess of Wales Hospital in Bridgend with a bronchial infection and an intestinal blockage,” they wrote. “August Day Recordings said his hospital admission follows a long illness which has left him ‘virtually bed ridden.’ He is undergoing an exploratory operation.”

After reforming in 2004, Visage released their sixth album, Orchestral, this past December.

In the meantime, here is some of Strange’s musical legacy with Visage: